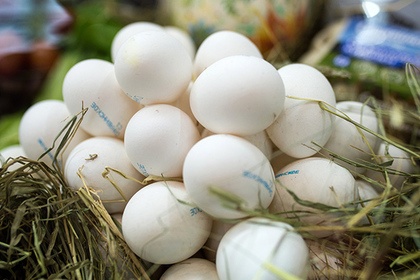 Eggs As a Remedy from Premature Death

Chinese scientists discovered that eating an egg a day may lower your risk of cardiovascular disease and premature death. The research is published in the journal Heart. It is reported in the press release from MedicalXpress.

Dysfunction of the circulatory system is the leading cause of death worldwide; herewith people suffer from coronary heart disease and stroke more often. A sharp decline in the brain blood flow is the top health issue in China. Moreover, the majority of patients are the victims of ruptured blood vessels and subsequent hemorrhage (hemorrhagic stroke).

A team of researchers analyzed data from the China Kadoorie Biobank (CKB) study, an ongoing prospective study of around 512,891 adults aged 30 to 79. The researchers focused on 416,213 volunteers who were free of prior cancer, cardiovascular disease (CVD) and diabetes. The participants reported the frequency of consumption of eggs, and their health condition was monitored from 2004 to 2008.
As the result, 13.1% of participants reported daily consumption and 9.1% reported never or very rare consumption of eggs.
Over 8-9 years, the research team tracked 83,977 cases of cardiovascular disease, 9985 people died. It turned out that the participants who ate eggs more often, lived longer life and suffered less from heart and vascular diseases.
They had a 26% lower risk of hemorrhagic stroke, and an 18% lower risk of premature death.