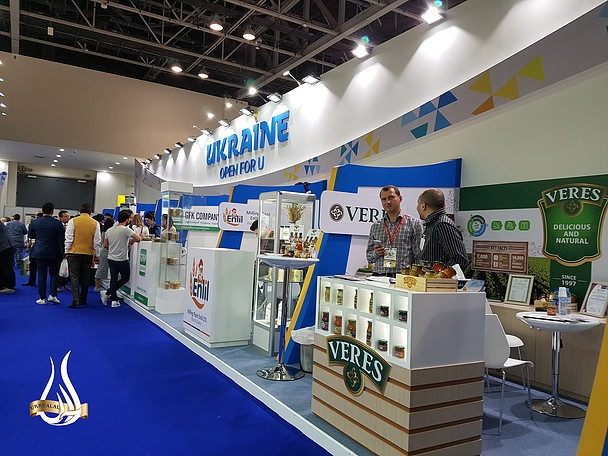 UKRAINE IS REPRESENTED AT THE GULFOOD-2018 EXHIBITION IN THE UAE

Ukrainian centers for certification of products for compliance with the principles of halal, as well as about four dozen Ukrainian manufacturers were participants in the 23rd International Exhibition of Food, Drinks, Equipment for Hotel and Restaurant Business and Gulf Food Gulfood-2018, held in the United Arab Emirates in period from 18 to 22 February 2018.
The main objective of the exhibition is to assist exporters and producers in finding trade partners in the Middle East, Africa and South Asia.

As the UKRHALAL reports, representatives of the Ukrainian Halal Certification Centers "Alraid" and "Halal Global Ukraine" were among the participants and visitors. The latter, by the way, received accreditation in the GAC, which will make it possible to freely export its products to certified producers in this center in the countries of the Persian Gulf.

Gulfood is the world's largest and most influential annual exhibition with an unprecedented number of visitors, exhibitors and business operations conducted over four days. It is an international platform in which more than 5,000 companies from 120 countries and over 95,000 visitors from 170 countries participate.